The following are profiles of the directors of the Corporation. 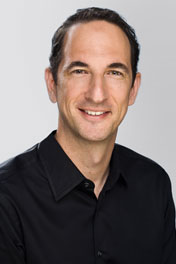 Mr. Banks is President of Rogers Sports & Media. Prior to joining Rogers Sports & Media, Mr. Banks was the former Managing Director of Facebook & Instagram Canada, leading all domestic commercial operations, while also serving for a period of time as Facebook’s Global Head of Vertical Strategy. Mr. Banks’ previous roles include CEO at JumpTV, Managing Director of eBay Canada, and working as an executive at the National Hockey League Players’ Association in their international business and licensing group. Mr. Banks also practiced corporate law at Goodmans LLP, and was the co-founder of Thunder Road Capital where he provided investment and advisory services to tech companies. Mr. Banks sits on the Board of Directors for SickKids Foundation, the Canadian Children’s Literacy Foundation, Black North Initiative and Cineplex Inc., and has spent the past two decades raising money and awareness for Alzheimer’s research and care. 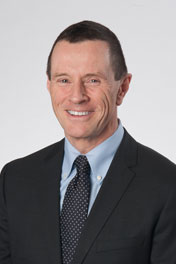 Mr. Bruce is a Corporate Director. He was Executive Chairman and Founding Partner of Mobile Klinik, a Canada-wide 80-store chain of professional smartphone repair stores, until July 2020 when it was sold to TELUS. He started Mobile Klinik and served as Mobile Klinik CEO from early 2015 through late 2018. Prior to founding Mobile Klinik in 2015, Mr. Bruce served as President, Communications running the Wireless and Cable Divisions for Rogers Communications Inc. He served in that capacity from 2009 through 2014, having previously served from 2005 through 2009 as President, Rogers Wireless. Mr. Bruce joined Rogers Wireless in 2001 as Executive Vice President and Chief Marketing Officer of Rogers Wireless and President, Wireless Data Services. Prior to joining Rogers Wireless, Mr. Bruce was Senior Vice President, Marketing at Bell Mobility. Previously, he held senior operating and marketing roles with Pepsi-Cola Canada, Oshawa Foods Limited and Warner Lambert. In addition to his role as a Director of the Corporation, Mr. Bruce currently sits as a Director on Grant Thornton LLP Partnership Board. In the past he has sat on numerous Boards, including but not limited to United Way Board of Trustees for Toronto and York, Canadian Marketing Association and Canadian Wireless Telecom Association. He holds a Master of Science from University of Waterloo and a Master of Business Administration from Queen’s University.

Ms. Dea is the Founder and Managing Director of Beckwith Investments which invests in, and provides advice to, innovative, leading companies. Previously, Ms. Dea served as Executive Vice President, Head of Strategic Management and Corporate Marketing with BMO Financial Group. As a member of the Executive Committee she developed and managed BMO’s strategic and change agendas. Ms. Dea was also a partner at the Boston Consulting Group where she was a leader in the Global Financial Services and Consumer Goods, Retail and Media Practices and held several internal leadership positions. In addition to her role as a Director of the Corporation, she serves as a Director of Charles Schwab Corporation (serving on the Nominating and Governance and the Compensation Committees) and Charles Schwab Bank (serving on the Audit Committee). Her past board experience includes Torstar Corporation (from 2009 to 2015) and Performance Sports Group (from 2015 to 2017). In October 2016, Performance Sports Group instituted proceedings under the Canadian Companies’ Creditors Arrangement Act and the U.S. Bankruptcy Code (Chapter 11). Ms. Dea also serves as Chair of the Board of Directors of LEAP: The Pecaut Centre for Social Impact, as a member of Broadway Angels and the Yale University Development Council, and as an Advisory Board Member of GlobalGirlMedia. She is past Chair of Women’s Initiative, Vice Chair of the National Ballet of Canada, Trustee of Marin Academy and member of a number of advisory boards. Ms. Dea holds a Bachelor of Arts degree from Yale University and Master of Science degree in Economics with Distinction from the London School of Economics. She was previously named one of Canada’s Most Powerful Women. 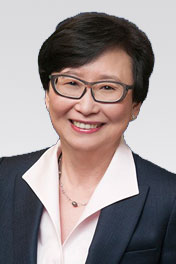 Ms. Fukakusa is The Chancellor of Ryerson University, and a corporate director. She was formerly the Chief Administrative Officer and Chief Financial Officer of Royal Bank of Canada, from which she retired in January 2017 following a distinguished 31-year career. Ms. Fukakusa currently serves on the boards of a number of corporate and not-for-profit organizations, including serving as the Chair of The Princess Margaret Cancer Foundation. She was inducted into Canada’s Most Powerful Women Hall of Fame and previously selected as Canada’s CFO of the Year by Financial Executives Canada, PwC and Robert Half. In 2016, she was named one of the 25 Most Powerful Women in Banking by American Banker magazine for the fourth consecutive year. Ms. Fukakusa holds the professional designation of Fellow Chartered Professional Accountant (FCPA and CPA). She obtained a Bachelor of Arts from University of Toronto and a Master of Business Administration from Schulich School of Business, and in 2016 was awarded and Honorary Doctorate of Laws from York University. 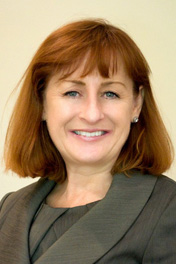 Ms. Hayes is the retired Publisher and Chief Executive Officer of Harlequin, one of the world’s leading publishers of books for women, and now part of Harper Collins Publishing. She spearheaded Harlequin’s industry leading level of innovation by incorporating forward looking technology (eBooks, downloadable audio, mobile applications) into their business model. Recognition of Harlequin under Hayes’ leadership included a Levy Home Entertainment Award for best mass market publisher, the Canadian Public Relations Society’s Gold Award of Excellence for communications management, a YWCA “W” Award for promoting the empowerment of women and Book Business Magazine’s Publishing Innovator of the Year. Ms. Hayes has served on the Board of Directors of the American Association of Publishers, the Toronto Public Library Foundation and the Board of Directors of the TD Financial Group (Toronto-Dominion Bank), where she served on both the Audit and Corporate Governance Committees. She is currently the Co-Chair of the Toronto Wildlife Centre Board, the largest wild animal rescue center in Canada and also serves on the Board of the Pelee Island Bird Observatory (PIBO), founded by Graeme Gibson and Margaret Atwood and dedicated to the study and preservation of Canada’s migratory birds. Ms. Hayes holds an Honours Degree in English Literature and Communications from McGill University and has completed the Professional Publishing Course at Stanford University as well as the Executive Management Program at the Richard Ivey School at The University of Western Ontario. 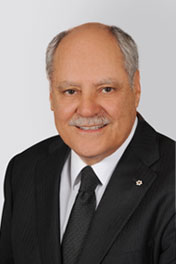 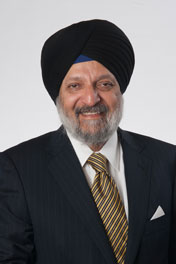 Mr. Marwah retired in 2014 as the Vice-Chairman and Chief Operating Officer of Scotiabank. In that capacity, he had been responsible for many of Scotiabank’s corporate financial and administrative functions and was actively involved in developing Scotiabank’s strategic plans and priorities. He joined Scotiabank’s Finance Division in 1979 and, over the years, held successively more senior positions in the division including Senior Vice-President & Comptroller and Executive Vice-President Finance. He was appointed Chief Financial Officer in 1998 and Vice-Chairman and Chief Operating Officer in 2008. In addition to his role as a Director of Cineplex, Mr. Marwah is a member of the Board of Directors of George Weston Ltd, serving on the Audit and Governance Committees. In addition, he was previously on the Board of Directors of TELUS and Torstar Corporations. He also served as Chair of the Hospital for Sick Children, the Chair of the Humber River Regional Hospital, member of the Board of Directors of the C.D. Howe Institute, the Toronto International Film Festival, and the 2008 and 2009 United Way Cabinets. In 2016, he was appointed as a Senator to the Senate of Canada by the Governor General of Canada. 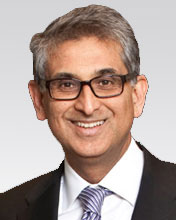 Ms. Yaffe has held a number of strategic positions in film and television in Canada since the 1980s including Chief Executive Officer and Chief Operating Officer of Alliance Atlantis Communications Inc. and Chief Executive Officer of Alliance Atlantis Broadcasting Inc. Most recently, she served as Consul General to New York for the Government of Canada from September 2016 through December 2019. In addition to serving as Chair of the Board of the Corporation, she currently serves on the board of directors and is Chair of the Human Resources Committee of Blue Ant Media, a privately held Canadian media company and serves as Vice Chair of the board of directors for Baycrest Health Sciences. She has previously served on the boards of Lions Gate Entertainment Corporation, Torstar Corporation and Astral Media Inc. In 1999, Ms. Yaffe was selected as the Canadian Women in Communications Woman of the Year and received the Lifetime Achievement Award from Women in Film and Television in 2000. In 2006, she was included in the Women’s Executive Network’s list of Canada’s 100 Most Powerful Women; in 2007, she was inducted into the Canadian Association of Broadcasters’ Broadcast Hall of Fame; in 2015, she was honoured as a recipient of the Order of Canada. In her volunteer time, Ms. Yaffe has previously served as Chair on the board of directors of Women Against Multiple Sclerosis and served as Chair on the Board of Governors for Ryerson University.